We are a tapestry of cultures, traditions, generations, perspectives and colorful faces that reflect the beauty and richness of our island community.
Together we seek to discover and celebrate our unity in God’s inclusive and all-encompassing love.
As the Beloved Community we embrace God’s divine presence in each person, and behold divine goodness in all people, throughout nature and  all creation.

Our Goals
The UMC
Church History
Meet Our Team

Our Vision:  To love God, love neighbor, reach out and connect all people to God. We strive to be the Beloved Community that welcomes and embraces all people through ministries of Nurture, Outreach and Witness.

We are intentional about reflecting our vision through the following mission goals:

Rev. Piula has been a leader in the Kahala community for over a decade. He is passionate about sharing the love of God to all people. He is passionate about social justice and living out the love of Christ in meaningful tangible ways. His interests are surfing, playing the ukulele, ecumenical outreach, and spending time with his beautiful wife Kim and their two lovely daughters Salani and Iona. 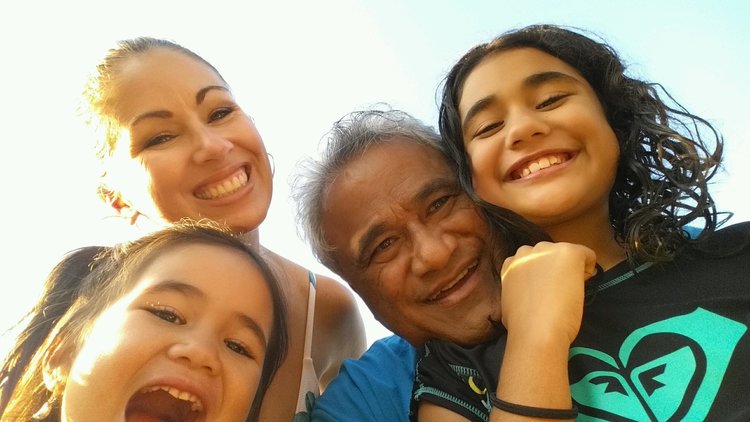 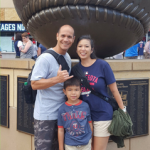 Vanessa Stephens has been part of our Wesley Ohana since June 2015 when she came on board as our Church Secretary.  For a brief period of time, Vanessa assisted in the Children’s Program in the Infant and Toddler Room but is now back in the office. She and her family, Kalei and son, Ethan, currently live in Palolo.  When they are able to go on vacation, they enjoy flying up to Minnesota and going to the state fair, eating and enjoying the outdoors.  While in Hawaii, she enjoys spending time with family and friends. 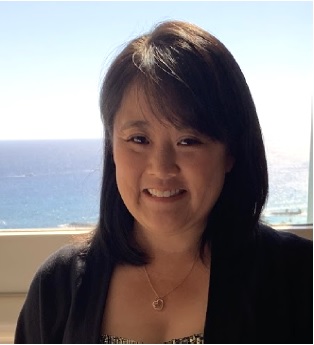 Lori-Lei Tagami joined as the Center Director for the Wesley Children’s Program from January 2020. She graduated from Hawaii Pacific University with a Bachelor’s degree in Psychology along with taking coursework in Early Childhood Education. She has been in the early education field for over 19 years employed at different public and private programs. She started as an assistant teacher and she gradually worked her way up as a teacher, a coach/mentor, an area manager and a center director. She also served a 4-year term on the Hawaii Association for the Education of Young Children (HiAEYC) board. She strongly believes in the importance of providing children with a place to learn and grow that is healthy, safe and nurturing. Children learn best when they are provided with hands- on opportunities relevant for them to explore and discover. She looks forward to leading and working with all of you at the Wesley Children’s Program.

“It takes a village to raise a child”
– Hillary Clinton

Wesley United Methodist Church began when a small group at the Old River Street Japanese Methodist Episcopal Mission near downtown Honolulu started a branch mission on South King Street in 1899.  (The Old River Street Mission eventually became Harris United Methodist Church).  The group met in a small wooden structure built on what was then nothing but pasture land at the intersection of Kalakaua Avenue and South King Street.  The new branch mission was named the South King Street Japanese Methodist Episcopal Church.  Rev. H. Kihara was its first pastor, followed by Rev. Gennosuke Motokawa in 1903.  During Rev. Motokawa’s ministry, a new building was constructed on Punahou Street, just below South King Street and Kalakaua Avenue intersection in 1912.

Church services were conducted primarily in Japanese, until the need was realized for an English speaking service.  Rev. Harry Komuro was assigned to the church as the first English-speaking pastor in 1936.  Rev. Komuro was succeeded by student pastor James Terauchi for a year.  Rev. Hilo Himeno was assigned in 1940 and was bilingual, so he preached for both language services.  With the outbreak of World War II, Rev. Himeno was interned in 1942.  Fortunately, his wife, Emma, who was also a seminary graduate, took over the pastoral responsibilities and ably ministered to the needs of the English speaking congregation.

Rev. Phillip Solbjor came to the church from the mainland in 1944.  During his 5-year tenure, the church became self-supporting in 1945, the sanctuary was enlarged and a new educational unit was added.  On April 14, 1946, the church became known as the Wesley Methodist Church.

In 1949,  Rev. Robert McNabb was appointed to Wesley’s English congregation, and Rev. Seikan Higa to the Japanese congregation.  Rev. Higa’s faithful service spanned a period of 23 years when he retired in 1972.  Rev. McNabb took great interest in the ministry with young people, especially those in the military service.  The church adopted the slogan:  “The Friendliest Church in Town.”  Indeed, it was the friendliest church.   By this time, the need to explore the feasibility of relocating the church became apparent.  With the assistance of the Division of National Mission of the Methodist Church, the church undertook in late 1950 a feasibility study of the present site for adequacy of facilities for future expansion and growth, along with a survey of community needs in the developing areas in Honolulu.  The conclusion was the need for relocation.

The first of four building campaign drives began in 1958 under thedirectorship of Rev. Leon Blackman of the Division of National Missions and assisted by Rev. Shuey Fujishiro (the pastor of Wesley then and at the new Kahala location) and Ernest Akamine, chairman of the Building Committee.

The campaign netted $34,915 in pledges for a 3-year period.  The old site on Punahou Street was sold for $110,000 in 1961.  With an additional loan of $71, 534 , the new site in Kahala was purchased from the Bishop Estate for $181, 534.  Ground was broken on December 2, 1962 on the new site on Hunakai Street, and construction of the first phase of the Sanctuary-Christian Education Building began.  On Sunday, August 25, 1963, we formally moved to the new site with a Consecration Service for the new buildings, with the Hawaii Mission Superintendent, Rev. Frank Butterworth, preaching in the worship service.  After 64 years at the old site, our church relocated to a new site with great expectations and hopes to expand our ministry to a new and growing community.

As members and friends of Wesley United Methodist Church, we rejoice and praise God for the blessing of this sacred place, this Beloved Community and the continuing opportunity to serve our community and be in mission in the world.  We honor with gratitude the faithfulness and devotion of the “saints” and forebears of Wesley who have gone before us – the “cloud of witnesses” who left us a living legacy to embrace and carry forth with new vitality and vision.

Regardless of one’s age, race, life-story, or standpoint, each unique individual is welcomed within our church. No matter where a branch of the United Methodist Church may be located, the underlying structure remains the same, which we refer to as “connectionalism.” We strive to weave the fabric between our disciples through our appointed-clergy system, mission-based outreach practices, and united giving.

“Go therefore and make disciples of all nations, baptizing them in the name of the Father and of the Son and of the Holy Spirit, and teaching them to obey everything that I have commanded you.” (Acts 28:19-20)

Derived from this “Great Commission,” our church’s mission is to make disciples of Jesus Christ for the transformation of the world. We uphold this all-encompassing objective through four basic principles: welcoming, worshiping, nurturing, and sending.

This page provides a brief overview of our purpose of action within the United Methodist Church. Please visit the Main UMC Website for more details on our mission, our faith, our people, and our world.

The Wesleyan Connection is Wesley’s Newsletter to keep our members, friends and family up to date with upcoming events, texts for Sunday services and our Pastor’s thoughts.  If you would like to copy sent to you by email, please sign up below.